What’s happening at the Honolulu Academy of Arts

If you like to spend time leisurely browsing and studying works of art, here is a calendar of what’s available at the Honolulu Academy of Arts: 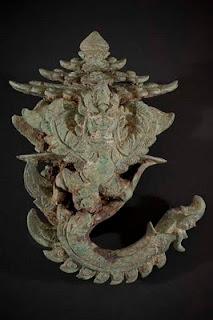 Four Thousand Years of Southeast Asian Art
Henry R. Luce Gallery (28)
For its major summer exhibition, the Academy highlights its important but little seen collection of Southeast Asian Art. This exhibition will include approximately 150 works of art from and , many of which have never been displayed at the museum. Visitors will travel through time and regions via three sections: The Neolithic and Bronze ages in Thailand and Cambodia; the Khmer kingdom, which dominated the central Southeast Asian peninsula, including Cambodia and parts of Thailand, from the 9th through the 15th centuries; and the Sukhothai kingdom, generally considered the first major Thai kingdom and the progenitor of the modern Thai state, which flourished from the 13th through the 15th centuries.
This exhibition is a chance for the public to discover a major resource in for the study of Southeast Asia, and it promotes a greater awareness and appreciation of Southeast Asian cultural and artistic traditions in the community.
July-October 2010
Catharine E.B. Cox Award Exhibition: Sanit Khewhok
John Dominis and Patches Damon Holt Gallery of the Arts of Hawai‘i
As part of its ongoing commitment to the local arts community, the Honolulu Academy of Arts holds about 15 exhibitions a year at the Academy Art Center featuring Hawai‘i talent, the biannual Artists of Hawai‘i juried exhibition and the crown jewel—the Catharine E.B. Cox Award for Excellence in the Visual Arts. This award includes a major site-specific solo exhibition in the museum.
The 2010 award has been granted to Sanit Khewhok. Born in , Khewhok studied art at in and the of in . After working at ’s National Gallery as Curator of Modern Art, Khewhok joined The Contemporary Museum as Chief Conservator and Collections Manager in 1988, where he worked until 2008. He has lived in Hawai‘i since 1986.

Access for patrons in wheelchairs and courtesy parking for disabled persons is available.

Admission
$10 General
$5 Seniors (62+)/Students (12+)/Military (with I.D.)
Free for all Honolulu Academy of Arts members, children 12 and under accompanied by an adult and Hawaii-based teachers. Out-of-state teachers may enter for a discounted rate of $5. (Must show school I.D. or union card at Front Desk.)

Free days
• Bank of Hawaii Sundays: Third Sunday of the month, 11 am-5 pm.
• First Wednesday of every month.
• Military appreciation day: First Sunday of every month free for military personnel and their families. Must show I.D.
Entry to the Academy Shop, the Pavilion Cafe and The Robert Atherton Library is free.
Posted by Sandi Yara at 8:05 AM