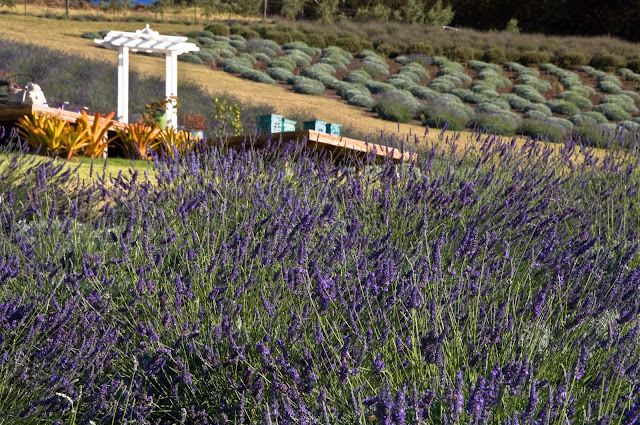 This is the lavender farm at Alii Kula Lavender, on the slopes of Mt. Haleakala on Maui.  Beautiful to see, great place to visit and enjoy lavender tea and scones and a gorgeous location for a wedding / reception. Be sure to check it out on your next visit to Maui.  www.aliikulalavender.com
Posted by Sandi Yara at 6:44 AM 2 comments

Honolulu Rail Transit to receive $55 million
Posted by Sandi Yara at 10:04 AM 0 comments 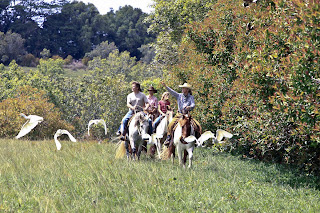 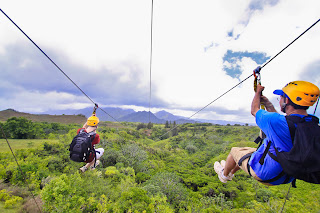 Princeville Ranch Adventures offers exclusive ziplining, horseback riding, kayaking and hiking tours on 2,500 acres of a working cattle ranch. These tours access pristine areas otherwise inaccessible to the public, including tropical rainforest, jungle streams and waterfalls. Groups are kept small for everyone’s enjoyment. Guides are entertaining and well educated on ’s history, flora and fauna.
The zipline course features a suspension bridge and the most lines on (9), including “King Kong,” which spans 1,200 feet across a valley. The ziplines crisscross interior valleys, providing panoramic mountain and ocean views. The Zip N’ Dip Expedition includes a picnic at a fern-lined swimming hole, fed by a mountain stream and deep enough for jumping.
Horseback rides combined with hiking to are also available, as are Private Horseback Rides, allowing guests to personalize their riding adventure and enjoy a guide’s undivided attention.
The Jungle Valley Adventure offers a combination of hiking, kayaking, ziplining and swimming at a twin waterfall. Finally, the Kalihiwai Falls Hike explores all five tiers of these spectacular falls. Hikers also trek through tropical rainforest and enjoy a 360 degree view of the ocean and mountains from a special look-out point.

This year’s surf film festival is our best ever and includes 10 highly anticipated Hawai‘i premieres. The films range from pure action-packed surfing to a look at surfers who devote their lives to making art. We’ve also included HIFF favorite Fiberglass and Megapixels and the vintage gem Innermost Limits of Pure Fun. Special thanks to Eric and Jackie Walden of Chinatown Boardroom, Kona Brewing Company, Barefoot Wine & Bubbly, and Oxbow Surf Company. 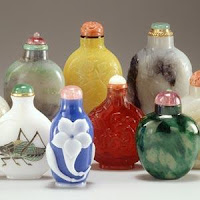 Interior Landscapes: The Art of the Chinese Snuff Bottle
July 15-October 31, 2010
Gallery 14
Snuff bottles are among the most sumptuous of Chinese decorative arts. In October, the International Chinese Snuff Bottle Society holds its annual convention in , and to commemorate the event, the Academy presents an exhibition of nearly 200 jewel-like bottles.
Note:  these shuff bottles are from the Crow Museum of Asian Art in Dallas but the collection presented at HAA should be equally fabulous.
ARTafterDARK: La Plaza de Toros
July 30, 6-9 p.m.
ARTafterDARK is in fiesta mode this month with La Plaza de Toros. Central Courtyard will feature Flamenco-inspired music while Luce Pavilion transforms into an Ibiza-style dance club. Look forward to a Spanish-themed art hunt this month!
I watched several Flamenco performances in Madrid and enjoyed myself each time ... so this themed party should be quite fun.
Picturesque Prints: Traditional Japanese Woodblock Art in the 20th Century
Robert F. Lange Foundation Gallery (21) through August 1
Fishermen on the Morigasaki Coast is just one of the stunning scenes captured by artists such as Kawase Hasui in this rotation of woodblock prints in the Robert F. Lange Foundation Gallery
Takahashi Hiroaki (Shôtei) (1871-1945)
Ökawa Shubi no Matsu (The Shubi Pine on the Sumida River)
Japan, Taishô period, c. 1920
Color woodblock print
38.2 x 17.0 cm
Gift of Philip H. Roach, Jr., 1994
(25619)

Took a lot of photos at the Ewa Orchid Show this weekend.  Here's one of them, 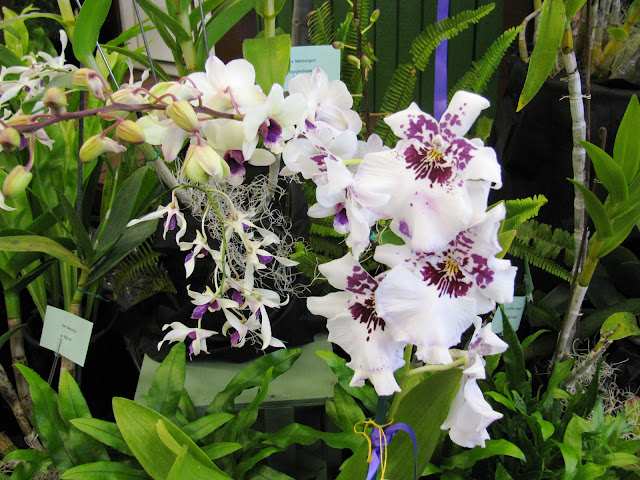 Maui's fabulous facility for concerts, art and more has a great calendar of events in July.

(MACC presents - see ** asterisk)
(ticket prices will have facility/ticketing fees added)
Box Office: 808-242-7469, boxoffice@mauiarts.org
**Thursday, July 15
SOLO SESSIONS with
Jake Shimabukuro
McCoy Studio Theater, 7:30 pm
Get a session with Jake ’s ‘ukulele ambassador, unplugged in the intimate McCoy Studio! Jake will take the stage with stories, songs and lightening-fast strumming in his signature ‘ukulele style. Peace, Love & ‘Ukulele
Tickets:  $25 and $45 VIP seating with early access to theater and meet-and-greet
Friday, July 16
The Comedy Hui
McCoy Studio Theater, 7 pm
Round two in a monthly series, this island improv comedy show features fast-paced games, wacky characters and even a few musicals. If you liked the TV show, “Whose Line Is It Anyway?” you won’t want to miss this one, which is character based comedy from audience suggestion. Each performance is completely different because each audience co-creates the show with the cast and a live band. Get your giggles on and don’t forget to bring your friends for a night full of laugh-out-loud fun.
Tickets:  $22, $11 kids aged 12 & under
July 20 – August 25
John Melville Kelly:  The Artist and Printmaker
Exhibit in Schaefer International Gallery
Opening Reception:  Saturday, July 17 from 5 to 7 pm
This exhibit is a retrospective of printmaking works by John Kelly, dating back to the height of his popularity in the 1930s and 40s through 1962. Kelly is well known for his idyllic depictions of Native Hawaiian women, fishermen and lei makers from the nostalgic golden era of Hawai‘i. The exhibition will follow major differences in technique and style which reflect the artist’s skills as a printmaker and his ability to capture the island way of life. A small collection of works by his partner and wife, Kate Kelly, will be exhibited for the first time.
Open Tuesday – Saturday, 11 am – 5 pm, FREE admission.
Saturday, July 24
5th Annual Reggae in the Valley
Events Lawn, 5 pm
Featuring Sly Dog, Rushouze, Dani Girl, Maoli, Natural Vibes, Ten Feet, Kolohe Kai and , this concert will be a night jam-packed with old school and new school local music across the spectrum. Gate opens at 4:30 pm and music starts early. Tickets:  $20 in advance, $30 day of show