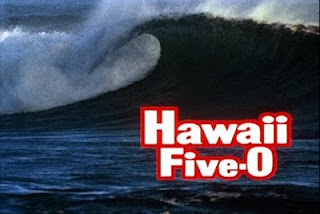 The re-boot of Five-0 is calling me! How thrilled must the Hawaii Film Office be that not only is the location identified as but in case you missed it, it’s in the title?

The trickledown effect must be sending waves of “chicken skin” down the spine of the local economy including the hospitality and airline industries not to mention the locals. Another reason to proclaim, Hawaii No Ka Oi!

How well I remember the Five-0 of old, the golden years 1968 through 1980.  In 1968 the state’s first McDonald’s opened in Aina Haina (I know I was there) and Five-0 began a 12 year stint that September.  How crazy was it when McGarrett would radio that he was traveling on Kalakaua when clearly he was out by Sandy Beach! We locals always had a great chuckle over things like that. 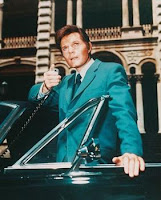 Jack Lord was my homeboy; we lived in the same hood.  In 1968 Kahala Mall was still called later changing to the trendier Kahala Mall in 1969. Lord and his wife Marie could always be found at the mall and the surrounding area. They were always nice and very approachable. Jack Lord says he was frequently asked ‘Do you like ?’ and his response was always, ‘No, I love .’ Such was Lord’s love of the islands that he continued to live in long after the series went off the air.

He died in 1998 at his home in Kahala and his wife Marie followed in 2005. The estate of Jack and Marie Lord was divided among twelve Hawaiian nonprofit educational, cultural and medical institutions.

A remembrance of Lord, a bronzed bust, now sits outside the mall where he interacted with local kids like me all those years ago. 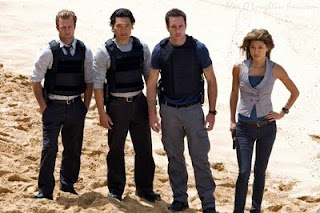 Five-0 debuts on CBS Monday night, September 20. If you are lucky enough to be in on September 13, there will be special screening of the pilot on when the sun sets. Cast members will be in attendance so you should get there early to stake out a spot.
So good luck to the new cast and crew of Five-0, you have pretty big shoes to fill but the buzz and excitement of your return is palpable.  Imua!, and you know I have to say this…Book ‘em, Danno!

Kahala Mall
http://www.kahalamallcenter.com/
Jack Lord bio on Wikipedia
http://en.wikipedia.org/wiki/Jack_Lord
CBS – HF-0 site includes videos
http://www.cbs.com/primetime/hawaii_five_0/
Steve McGarrett’s bio
http://www.bigbob.com/five-o/mcgarrett.html
Film Office
http://www.hawaiifilmoffice.com/
This was a guest post by friend and fellow blogger Bonnie.
Bonnie Silva is a kamaaina now residing in the . Like the sirens of the deep, she still hears ’s call and, from time to time, dispatches posts from across the Pacific.  You might want to checkout one of her blogs at http://theliterarygato.blogspot.com/
Posted by Sandi Yara at 5:58 PM