Chef Mavro “Back from Bora Bora” with Flavors of French Polynesia 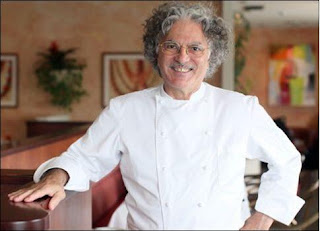 ’s celebrated Chef Mavro recently returned from his first trip ever to French Polynesia that included a short stop in , Tahiti followed by a stay on the idyllic .

What caused him to leave his beloved ?  An invitation to join the maiden voyage of the very luxurious Seabourn Odyssey on a cruise to Bora Bora and to give a cooking demo and prepare a dinner featuring Hawaii Regional Cuisine.  Once there, Mavro had no choice but to soak up the culinary flavors of this idyllic island as return flights to are only once a week!
“I told myself if I’m going all the way to I’d better come back with some new flavor ideas! By good luck I stepped off the ship just as a cooking demo of poisson cru and poe dessert was getting underway at the harbor tourism office!” noted Mavro.
The exciting French/Polynesian flavors of Bora Bora inspired Chef Mavro to create a special three-course menu, “Back from ,” for only $59. 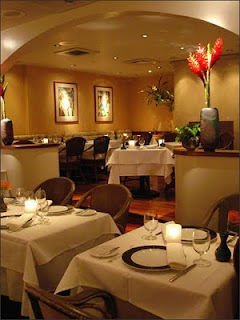 The menu started on February 23 and ends March 20 and  includes an irresistible version of Poisson Cru (surprise pairing with the Tahitian beer Hinano), followed by a main course of Pineapple Glazed Pork with umara puree, and finishes with a flavor-packed dessert of Poe of Taro.

p.s.  If by some slim chance you don't know who Chef Mavro is ...
George Mavrothalassitis is chef/proprietor of Chef Mavro restaurant in Honolulu and a founding member of Hawaii Regional Cuisine. He holds the prestigious James Beard Foundation award as the Best Chef in Hawaii and the Pacific Northwest. The restaurant earned the Five Diamond rating from AAA (American Automobile Association) for 2009.  The prestigious Gayot restaurant critics bestowed their only “18/20” rating in Hawaii, and also named Chef Mavro as the only Hawaii restaurant in their Top 40 Restaurants in the U.S. 2008-2009.